skip to main | skip to sidebar

Sam Harris and Maajid Nawaz The Future of Islam


Hope you can view it.

caliibre
Posted by Unknown at 5:56 AM No comments:


The Work of the Devil

"Protecting Australians, protecting freedom, is a global battle. It is a global struggle for freedom against those who seek to suppress it and seek to assert some form of religious tyranny; a threat in the name of God but is truthfully the work of the devil." It's the reference to the "devil" that I am most concerned about.

The only way to overcome the problem is not to get into god vs devil discussions, it is to do all we can to stop the indoctrination of the young. Any crazy singular fundamentalist view of the world from any religious perspective will lead to more problems in the future.

caliibre
Posted by Unknown at 5:31 AM No comments:

In these unsavoury and highly unsatisfactory times it is time we put our pride, egos, indoctrinations and unsound versions of the "truth" in the garbage where they belong... WISE INDIVIDUALS SEEK

REALITY AND HOW TO DEAL WITH IT EFFECTIVELY...

G 1: Set up a well known virtual organisation and communication centre to help facilitate broad based intellectual development, fact based learning and a non-dogma, laic education.

G 2: Write and/or collect a large amount of factual material that can be used as a reference centre for those who wish to study, contribute to and create a more enlightened view of humanity.

G 3: Recruit others that will also be prepared to apply pressure by personally confronting governments, religious organisations, companies and special interest groups.

G 4: Buy, rent or build a physical location with access to facilities for like-minded individuals and/or those with opposing points of view to meet and discuss and decide on how to achieve a better future for the planet and its inhabitants.

G 5: Solicit "strictly unencumbered" funds from the public and/or organisations.

G 6: Over the initial period test the viability of forming a ‘club based' international organisation similar to other worldwide movements dedicated to promoting the rights of children. 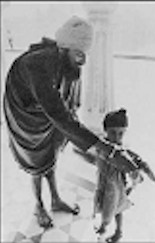 'Calibre' A degree or grade of excellence, worth or quality: e.g. an individual of high calibre

Citizens: Natives, inhabitants, or denizens of a particular place: e.g. as in learning to be ‘citizens of the world and members of the human community'

Against: In hostile opposition or resistance to: e.g. to struggle against ignorance, doctrines of fate and all forms of oppression.

Literalistic: Adherence to the explicit substance of an idea or expression e.g.

Incest: Intercourse (traditionally sexual) between persons too closely related to marry e.g. as between a parent and a child. (Intellectual-Incest: ‘Screwing' with the mind of our offspring e.g. telling them that all other religions are false and should be attacked.)

Breeding: To rear or train, bring up: eg. A musician who was bred in a classical culture or perhaps, an innocent who was bought up in a religious tradition.

Rabid: Extremely zealous or enthusiastic, fanatical: e.g. a rabid football fan.
Egomaniacs: Conceited and self-seeking persons; e.g. my truth is the only truth.

Initial tasks and perspectives to undertake and consider

Under the UN Convention of 1989 article 13 and 14 children have the right to freedom of thought.

Children should be protected from exploitation by parents, companies, criminals, "god-botherers" and any other persons of ill intent.

'Children do not belong to their parents, they just come through their parents…’ The world could use one more group of ‘wise' and compassionate individuals to take up this cause and to help promote peace through understanding.

Caliibre International could benchmark itself against such international organisations as say Rotary and/or Lions and see where we can be in 100 years.

WWIII is already in progress and among other things it is a war between: ‘reality based on proof and rational thought' and 'anachronistic traditions based on unsubstantiated beliefs'.

This initial web posting and concept needs the criticism of intelligent, worldly, analytical thinkers.
We seek the approval to use the material in the website from the originators of the articles, appreciate their wise insights and wish to solicit further input.

Initially "net-based" meetings could be developed to ensure a greater range of creative input on how to achieve the vision.

We must guard against becoming what we set out to destroy, i.e. narrow minded self serving bigots!
Posted by Unknown at 11:25 AM No comments:

Mission: Harass, depose and debunk all forms of narrow perspective and in particular target organisations that indoctrinate those under the age of consent and to replace those organisations with resources and systems that facilitate broad based intellectual development, fact based learning and a non-dogma, laic education.

Why is Caliibre Necessary? A child’s intellect does not develop fully until early adulthood. Prior to this development the ability of a child to accurately assess the validity of what it is being told is limited. Narrow and often bigoted points of view are common; as are ‘teachers?of a single perspective that are eager to capture innocent young minds. The ever-increasing trend towards large scale violence, the inadequacy of a purely military response over a long term and the need to effect a positive change over time means we all have to stand against legend, culturally based stupidity, the malicious intent of bigoted self-seeking (so called religious) know-it-alls and those that believe they are the god given holders of the ‘authority to decide' our future. 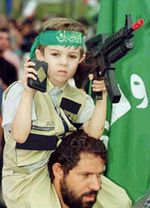 Point: If we can realise a child is too young to have sex (a primary driver), as confirmed by ‘civilised' law until it is 15 or 16, how can we condone the presentation of a single (and arguably often perverted) view of ‘reality' that in many places is being taught to children under this age? What value are we if, either intentionally or through complacency, we permit the spread of spiritual depravity that will lead to the malformed development of any human being? In fact, how can we allow the perversion of something as important to our very existence as an individual’s spiritual and emotional intelligence?
Citizens Against Literalistic Intellectual-Incest Breeding Rabid Egomaniacs

NOTE: This organization is not anti religion! I count among my friends Hindus, Buddhists, Sikhs, Muslims, Christians, Taoists, Agnostics and Non-Believers. THIS ORGANIZATION DOES HOWEVER CONDEMN THOSE WHO INDOCTRINATE YOUNG PEOPLE (WHO CANNOT YET REASON), WITH A SINGULAR VIEW OF REALITY AND WHO INSIST THAT ONLY THEIR VERSION OF "THE TRUTH" IS VALID.

As the year 2011 draws to a close... I found this:
“We must take sides. Neutrality helps the oppressor, never the victim. Silence encourages the tormentor, never the tormented. Sometimes we must interfere. When human lives are endangered, when human dignity is in jeopardy, national borders and sensitivities become irrelevant. Wherever men and women are persecuted because of their race, religion, or political views, that place must - at that moment - become the center of the universe.”― Elie Wiesel
Original quote found on Being Me
Those that stand by and do nothing are as culpable as those that commit the atrocities!
caliibre
Posted by Unknown at 3:29 PM No comments:

A recent poll conducted by the Public Religion Research Institute and Religion News Service found that 38 percent of Americans believe "humans and other living things have existed in their present form since creation." In a recent CNN poll, more than 40% of respondents said evolution was probably or definitely false.
Ref: Full Article
http://www.usatoday.com/news/religion/story/2011-10-11/evolution-dinosaurs-heaven/50734904/1
It's a worry… the level of ignorance in the citizens of the "world's dominant power".
Posted by Unknown at 11:57 AM No comments:

Islamization - Coming Soon to a City of 'Yours'?

Time to be more than just concerned?

caliibre
Posted by Unknown at 11:19 AM No comments:

He says it all really...

www.caliibre.com
Posted by Unknown at 10:57 AM No comments: 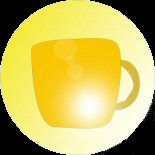